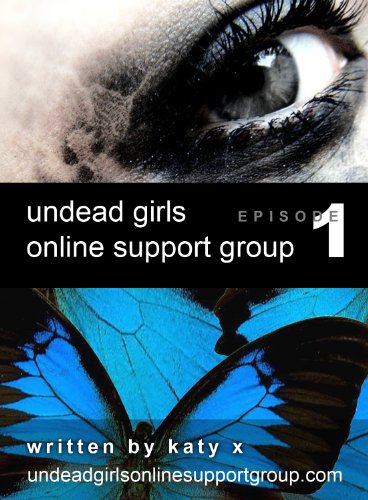 Scrambling, Theon burns two random children to try to cover for his mistake. As for the other Starks: Sansa has her first period, which is terrible news; Arya, at Harrenhal, gets on surprisingly well with Twyin Lannister.

Jon is north of the wall flirting with his captive, Ygritte, who also has the upper hand in their relationship, landing him with other Wildlings. And, finally, Daenerys continues to look for her dragons in Qarth, where Xaro and the ever creepy Pyat Pree stage a coup, the latter explaining that her children are in the House of the Undying.

Most shocking moment: Jaime bashes Alton's head in, after charming him. He's terribly sneaky. Why it's important: This episode sets up a lot of scenarios that will become crucial in coming episodes.

Jaime, after his incident, encounters Brienne; Theon makes an erratic move that will lead to his eventual torture at the hands of Ramsay Bolton. As the series draws to a close, Daenerys' time in Qarth and her experience in the House of the Undying becomes all the more relevant. Weiss Recap: As with many Thrones premieres, "The Wars to Come" has a lot of setup, but it opens with a flashback that will launch a thousand theories: Young Cersei goes to visit Maggy the Frog , who tells her all of the horrible things that will happen to her, including that all her children will die.

Back in the present day, she's mourning the death of her father, Twyin, and raging against his killer, Tyrion. She's also extremely pissed off at Jaime for setting Tyrion free. Later she has an awkward encounter with her former lover Lancel -- now a seriously religious Sparrow -- who wants her forgiveness for their relationship and his aid in the murder of Robert Baratheon, but she pretends she knows nothing about that. Back on the subject of Tyrion, he's been escaping to Pentos with Varys, who's hidden him in a box and wants him to go interview for a job with Daenerys.

She's off having a shitty time in Meereen where her allies are being killed by the Sons of the Harpy and two of her dragons are still chained up and angry.

And then there's Jon Snow, whose allegiances are being pulled in all sorts of directions. Stannis wants to take Winterfell, and he wants Jon to convince the Wildlings to help him do so.

That doesn't go over so well with Mance Rayder, who refuses to bend the knee and is sentenced to burn. As he goes up in flames, Jon shoots him with an arrow to ease his suffering.

Most shocking moment: A member of the Unsullied is murdered by surprise. Why it's important: The Maggy the Frog prophecy is one of the crucial moments in the entire series, offering a glimpse of the future and a view into Cersei's psychology. It also lays out some of the major conflicts of the season: Dany's bad time in Meereen, the Sparrow situation, Jon's awkward relationships with Stannis and the Night's Watch. Olenna implies to Margaery that she might have kinda sorta planned Joffrey's murder, or at least assisted it, to protect her from his cruelty. Margaery visits Tommen, her new betrothed, in his room at night and charms him, complimenting his beloved cat.

Jaime gifts Brienne a new suit of armor and the Valyrian steel sword that Tywin game him, which Brienne names "Oathkeeper. At the Wall, Jon trains some new recruits before Alliser Thorne comes and ruins all the fun, reminding him that he's only a steward. Thorne and Janos Slynt conspire to send Jon on a suicide mission to kill the mutineers holed up on Craster's Keep, hoping that Jon himself is killed before he can be elected the new Lord Commander. The Unsullied launch a slave revolt in Meereen, and Daenerys, though she's advised to be merciful, has of the masters executed, for each of the dead slave children who were crucified along the road.

The mutineers at Craster's Keep discover Craster's bargain with the White Walkers, and Craster's last baby boy is left in the woods as an offering. Bran and his companions are captured, and he's forced to reveal his identity. Most shocking moment: The last few minutes of the episode, where we see the White Walkers in their snowy fortress, setting up a lot of big questions and promises for what was to come.

Why it's important: This episode is the first time we meet the Night King, though we won't learn his name until later.


Season 2, Episode 4 April 22, Director: David Petrarca Writer: Vanessa Taylor Recap: Robb Stark handily wins a battle against Lannister forces outside Oxcross, and he rejects his bannerman Roose Bolton's offer to flay the prisoners, saying that giving them fair treatment is important, given the fact that, as far as he knows, both Sansa and Arya are held prisoner in King's Landing.

He meets Talisa in the act of amputating a man's leg, and she holds him accountable for the violence. He falls in love, naturally. Tyrion and Bronn arrive in the Red Keep's throne room just in time to save Sansa from a beating, and Tyrion decides to send some prostitutes to Joffrey to settle him down. To show his uncle how messed up he is, Joffrey forces one of the women to beat the other. Tyrion gets Lancel to spy on Cersei for him.

Arya, Gendry, and Hot Pie are imprisoned at Harrenhal, where the Mountain's men are torturing prisoners. Tywin Lannister arrives and makes Arya his cupbearer. Xaro Xhoan Daxos vouches for Daenerys and her starving khalasar, and the city of Qarth allows them through its gates. In the Stormlands, Littlefinger visits Renly Baratheon's forces, asking Margaery about her marriage to the would-be king, and his relationship with her brother Loras. He then brings Catelyn Ned Stark's remains as a gesture of goodwill, telling her that the Lannisters have her daughters.

Cat, Renly, and Littlefinger later parley with Stannis Baratheon and Melisandre, none of whom agrees to surrender. Stannis commands Davos Seaworth to row Melisandre to the shore that night, where she births a horrifying smoke creature that heads off into the night. Most shocking moment: That last scene is one that sticks in viewers' minds: Whatever Melisandre is, she definitely has some kind of magic. Why it's important: "Garden of Bones" gets a lot of characters where they need to be for some shocking stuff to happen in the final few episodes of Season 2.

It also works from a character-building standpoint: Robb falls for Talisa's strength, which will later doom him and his army, Daenerys puts her trust in the hands of someone she shouldn't out of desperation, Arya gets a front-row seat for Tywin's plans, and Renly lives his last night.


Season 7, Episode 2 July 23, Director: Mark Mylod Writer: Bryan Cogman Recap: There are plenty of pieces moving across the chess board in this one, as the major leaders realize they might not be able to survive without a little help from their friends. Having received an invitation from Daenerys that he feels he can't refuse, Jon Snow goes against the wishes of almost all his closest advisors and sets off to meet the Queen and her dragons.

At Dragonstone, Daenerys does a lot of strategizing and debating on how she wants to take over King's Landing, where Cersei and her loyal tech mastermind Qyburn test out a spear-firing dragon-killing weapon. Eventually, Tyrion's plan wins out. At the Citadel, Sam, disobeying the commands of his elders, goes ahead and cures Jorah of his terrible greyscale, which is a relief for anyone who finds the greyscale make-up to be a little gross.

After pulling off a massacre in the previous episode, Arya reunites with her direwolf. And, perhaps most importantly, Greyworm and Missandei finally have sex, or whatever they're calling it. Most shocking moment: Euron Greyjoy's big Pirates of the Caribbean moment at the end of episode. It's not shocking that he kills the Sand Snakes, who felt doomed for a while, but his psychotic glee brings the episode to a jarring conclusion. Why it's important: The relationship between Jon Snow and Daenerys is essential to the show's endgame and this episode puts Jon on the path to meeting her.

Weiss Recap: There are wedding bells in King's Landing Margaery marries the too-good-for-this world Tommen, and everything's actually OK for a moment. Tommen's smitten, and Margaery is grateful she is both queen and doesn't have to deal with Joffrey anymore. The only one not happy? Cersei, of course. Margaery tries to convince Tommen to get her scheming mother-in-law to retreat to Casterly Rock, but that backfires when Cersei gets wind of a new plot.

The uber-religious, incredibly brutal Sparrows catch the High Septon in Littlefinger's brothel and parade him through the streets naked, chanting "sinner. Little does she know, it's going to turn out very badly for her too. Another unfortunate alliance is made this episode when Petyr Baelish essentially forces Sansa to agree to wed Ramsay, newly a Bolton rather than a Snow. At least, Brienne and Pod are on Sansa's trail.

Meanwhile, up at the Wall, Jon Snow's having a rough time dealing with all of the members of the Night's Watch who aren't too pleased that he wants everyone to get along with the Wildlings. In order to assert his authority as Lord Commander, he beheads the insolent Janos Slynt, who refuses to take his order.

Arya's in Braavos dealing with all kinds of nonsense from the Waif -- ugh, the Waif -- while Tyrion makes Varys stop in Volantis for some wine and women. Unfortunately, Jorah Mormont is also hanging out there, and decides to take Tyrion in order to get back into Daenerys' good graces.

Most shocking moment: Jon Snow beheads Slynt. Our nice, noble boy has an edge. Why it's important: There are a lot of beats that are continually relevant, but it's the one that Cersei probably most regrets that's crucial. She makes a deal with the High Sparrow in order to take down Margaery, but it will definitely come back to haunt her when she's being forced to march naked through the streets.

Weiss Recap: Besides some rather tedious business with the Stark sisters in Winterfell and a few contemplative moments with Tyrion and Daenerys back at Dragonstone, this episode is mostly devoted to the Ocean's style heist of a wight from beyond the wall to bring to King's Landing. As many critics and fans have noted, the plan carried out by Jon Snow and his rag-tag team of warriors isn't exactly clever or smart.